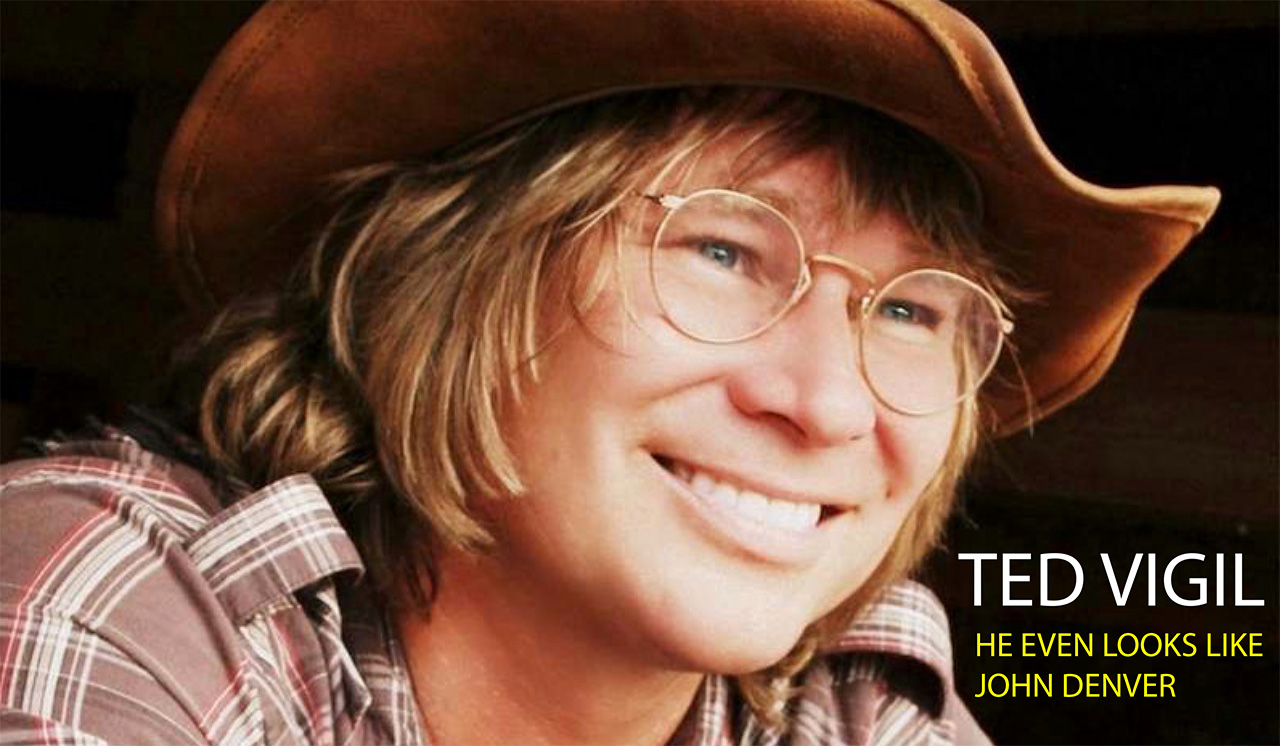 The legendary John Denver evokes memories of an era in music which was both inspiring and influential. His music was a combination of romance -Annie’s Song; folk - Leavin’ on a Jet Plane; country – Thank God I’m a Country Boy; and environmentalist – Calypso. He was a brilliant song writer and a truly gifted performer. Ted Vigil, a man who, according to the late Steve Weisberg (long-time Denver guitar accompanist) closely resembles John both physically and musically, is carrying on the tradition honoring this colossal music icon. Ted is honored to once again bring the great compositions and hits of John Denver to audiences across America. Ted is not an impersonator, but rather sings a tribute to this great man.

Ted Vigil’s John Denver Musical Tribute is, indeed, a high! His audiences warm to him instantly as they once again enjoy the music the world grew to love; they walk out of his concerts feeling refreshed and joyous from the experience.