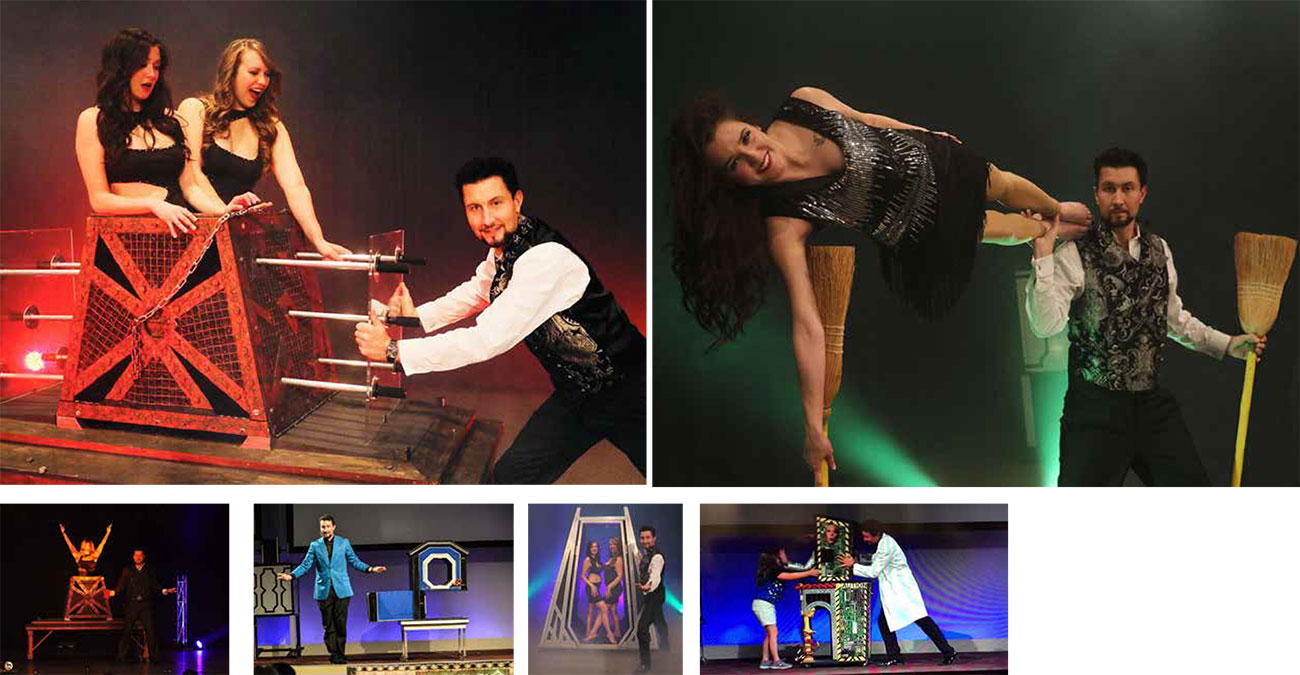 
When searching for entertainment you might find you are looking for something specific. But why not get it all? Johnny Magic strives to not just be another magic act but rather an experience that unites the audience as one. The show is split evenly between magic, comedy, and audience interaction. This gives you the ultimate entertainment experience! Throughout the show, Johnny Magic will offer family-friendly comedy as well as audience interaction that brings the crowd together as one. Whether it’s a theater show, casino show, fair, school, or theme park: your audiences will be united, with "Vegas Quality Magic", "Branson's Family Friendly Comedy" & audience interaction that only Johnny Magic can provide while leaving them wanting more.

Ever since his teenage years, Johnny has devoted his show to the larger aspects of magic and illusion. Cutting women in half and performing larger feats in his show by the age of 15, Johnny Magic was getting locked underwater in the daring Harry Houdini's Milk Can Escape four times a week. "Growing up in a small town of 1,200 people, I always wanted to perform things people normally don’t get the chance to experience without going to some vacation destination" - Johnny Magic. It was not long until Johnny began working at theme parks at age 17, which then lead to theaters in those vacation destinations he had only dreamed about as a kid. Johnny's current show "Reality?" is currently touring. Here are some past & present clients Johnny Magic works with.