"NOTHING SHORT OF EXTRAORDINARY" 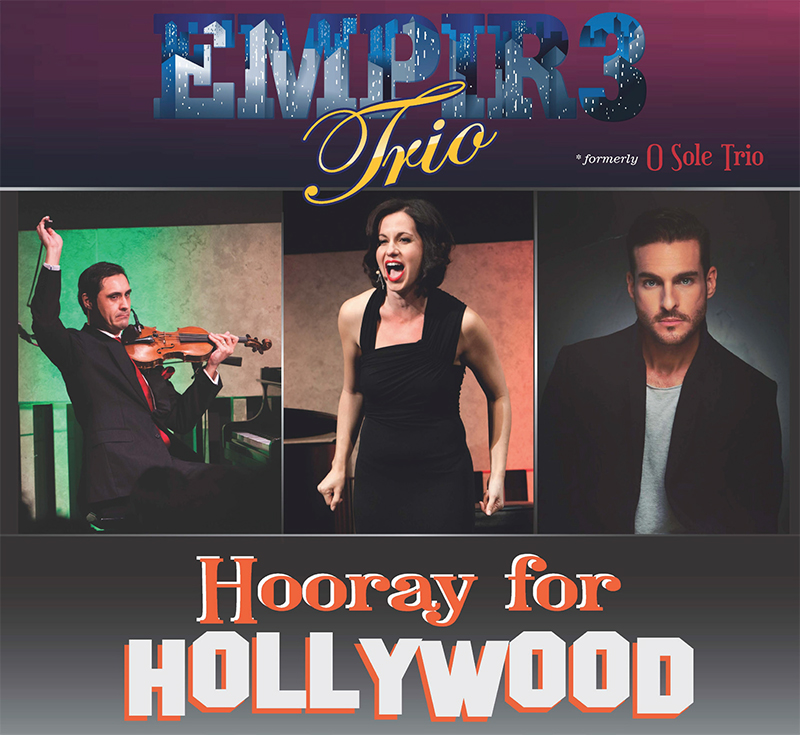 Several years ago, three musicians from the far corners of the world moved to New York City with the common goal of pursuing their dreams of becoming world class performing musicians. When these three musicians met in New York City in 2012 a musical explosion occurred resulting in the creation of Empire Trio (formerly known as O Sole Trio), an exhilarating and uniquely talented classical crossover ensemble, that has been taking concert halls by storm all over the world.

Empire Trio quickly established themselves as a musical force, selling out major venues such as Carnegie Hall, Lincoln Center for the Performing Arts (who also commissioned their first show), The Redlands Bowl, CA (to a crowd of 6,000+), Ronnie Scott's, London, and over 300 other venues all over the United States, Canada, and the UK.

From deliciously witty to incredibly moving, Empire Trio's shows have it all; they breathe new life into familiar toe-tapping favorites with their unique and innovative arrangements.

"[EMPIRE TRIO] just raised the bar on the quality of entertainment. The best show we've ever had!"
-Elaine Hemelgarn, Fitton Center for the Creative Arts (Hamilton, OH)

"Our audience and staff raved about the show...beautifully composed and performed...a show audiences would attend again and again."
-Hillary McAndrew Plate, Lincoln Center for the Performing Arts (NYC)

"[EMPIRE TRIO] dazzled our audiences with amazing vocals, beautiful music and tremendous personality... our patrons were in absolute awe of the talent they brought to the stage."
-Tina D'Agostino, City Stage & Symphony Hall (Springfield, MA)

"...choice of repertoire, technical virtuosity of the trio, wit and sheer beauty of the performance was overwhelming."
-Robert Vaughn, Sangamon Auditorium (ISU-Springfield, IL)