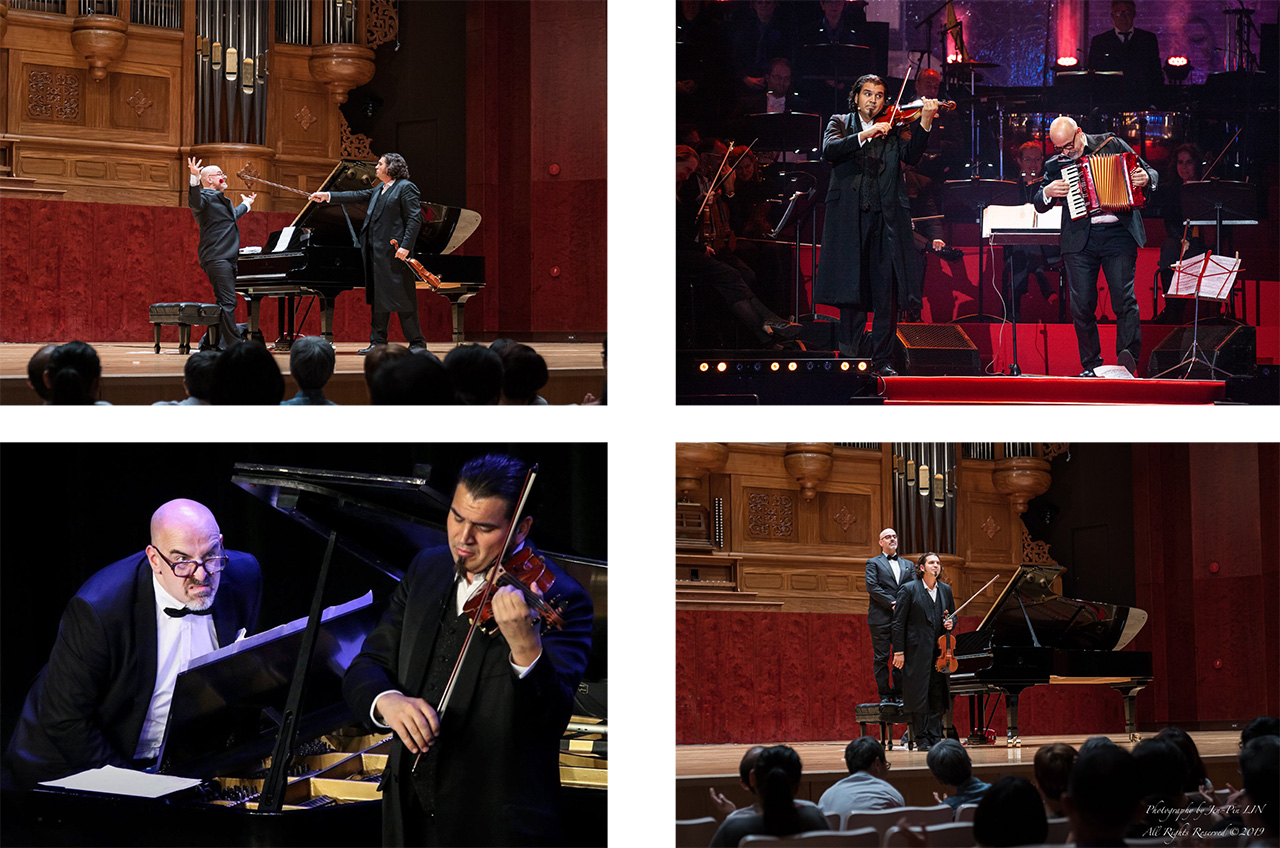 In 2002, in a small town on the outskirts of Florence, Italy, the idea of Duo Baldo was born in the most natural of ways. Brad, an American violinst studying in Lucca, and Aldo, a pianist and aspiring actor, met casually in a quaint coffee shop and began experimenting with new ideas that would eventually, and unknowingly, blossom into a show that captivates and surprises. The duo became the highlight of the town, and week after week people would flock from all around to see what they had invented.

And now, over a thousand performances and tens of thousands of delighted audience members in major concert halls, recital halls and theaters around the world is the result of that casual meeting of two very different people from two very diverse cultural backgrounds.