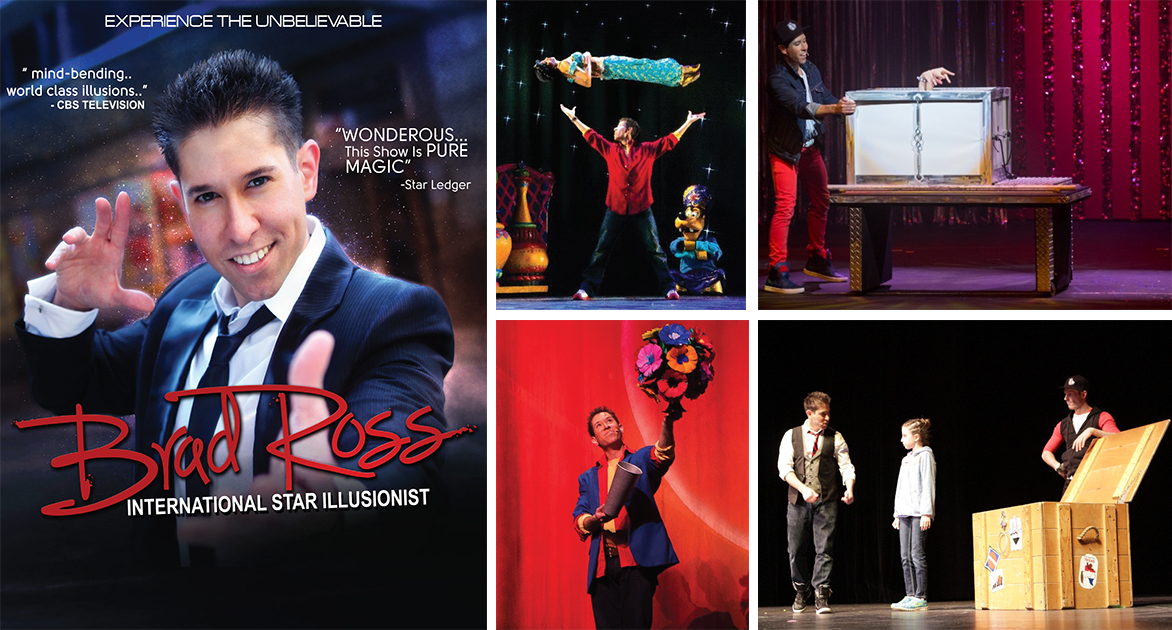 
Audiences and critics around the world have called Brad Ross the greatest illusionist of our time, and his impressive credits certainly reflect that. From years honing his craft working with the Walt Disney Company as the star of "Disney LIVE," multiple world tours, performances in prestigious theaters, aboard cruise ships, at massive theme parks and on over 500 national and international television programs, Brad Ross has mesmerized millions with his magic.

What makes Brad Ross stand out is his modern-day approach to the age-old theatrical art of stage trickery. His unique & charming personality combined with breathtaking grand illusions and jaw-dropping magic create an unforgettable journey of the imagination.